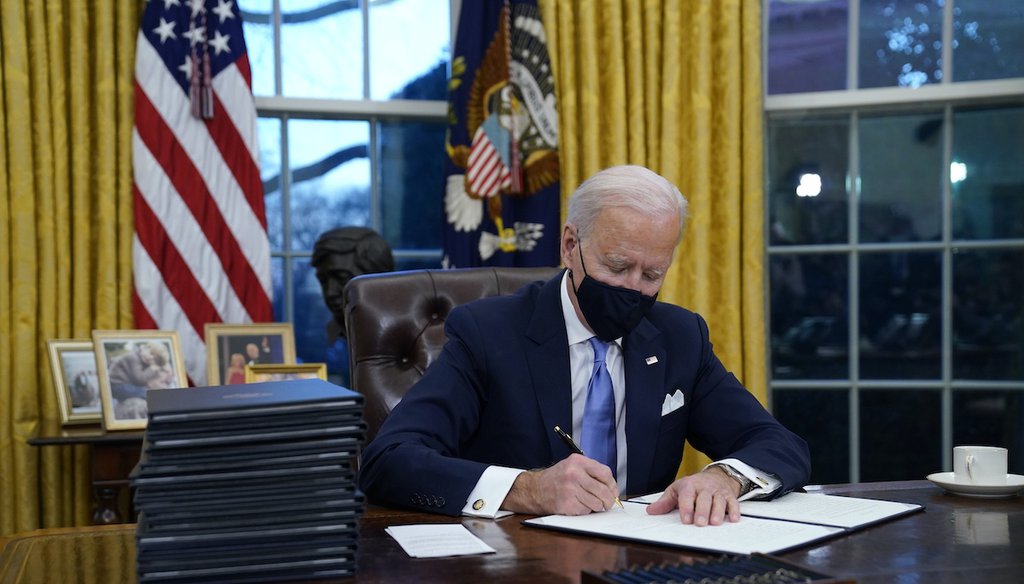 President Joe Biden had been in the White House for just a few hours when he began putting America last with the stroke of a pen.

Biden signed a total of 17 executive orders that appeared to be solely focused on undoing the America First policies enacted under former President Donald Trump.

Open Borders
Biden halted border wall construction and ended the emergency order under which a large portion of the wall had been funded and built. The wall has been praised by border enforcement as a critical tool for protecting Americans.

The new president also ended the remain in Mexico policy that had curtailed catch-and-release immigration enforcement. Catch-and-release was largely responsible for allowing illegal immigrants to disappear into the country while awaiting an immigration hearing they never intended to attend.

Biden also issued an order requiring non-citizens to be counted in the American census. This will dilute American citizens’ influence on how Congressional seats are apportioned, federal funds allocated, and electors awarded.

Lastly, the president vacated the so-called “travel ban” that prevented people coming to the U.S. from countries that did not have proper procedures in place to identify bad actors and prevent terrorists from travel to America.

Weakening American Sovereignty
As promised, President Biden re-committed the United States to the Paris Climate Agreement which if adhered to will punish American companies while allowing China, India, and developing nations to continue polluting unhindered for decades. The imbalanced enforcement and penalties involved will give foreign companies an upper hand.

Biden also started the ball rolling to re-engage the World Health Organization (WHO). WHO, an organization that receives massive funding from Beijing, infamously covered up China’s release and mishandling of COVID-19.

Beginning to the End of American Energy Independence
Biden rescinded the permit for the Keystone XL pipeline which will cost more than 1,000 union members their jobs and make it more likely that Canada will send its oil overseas instead of into the United States for processing. That will cost the American energy industry billions.

And all that was just the first day. Just wait until he pushes a Democrat Congress to enact this: